I recently received my iZettle card reader as part of their beta program. Anyone can sign up to the program, but I thought I'd share my thoughts on the product (and to be honest, save you the bother of getting one yourself).

From a manufacturing perspective, the iZettle feels a bit cheap. Of course you might expect this from something that will ultimately be given away free, but even then this still seems flimsy. It only takes a small amount of pressure to bend the top in towards the bottom. However, that said, the dock connector end does seem fairly sturdy and doesn't feel like it could break off inside your iPhone. 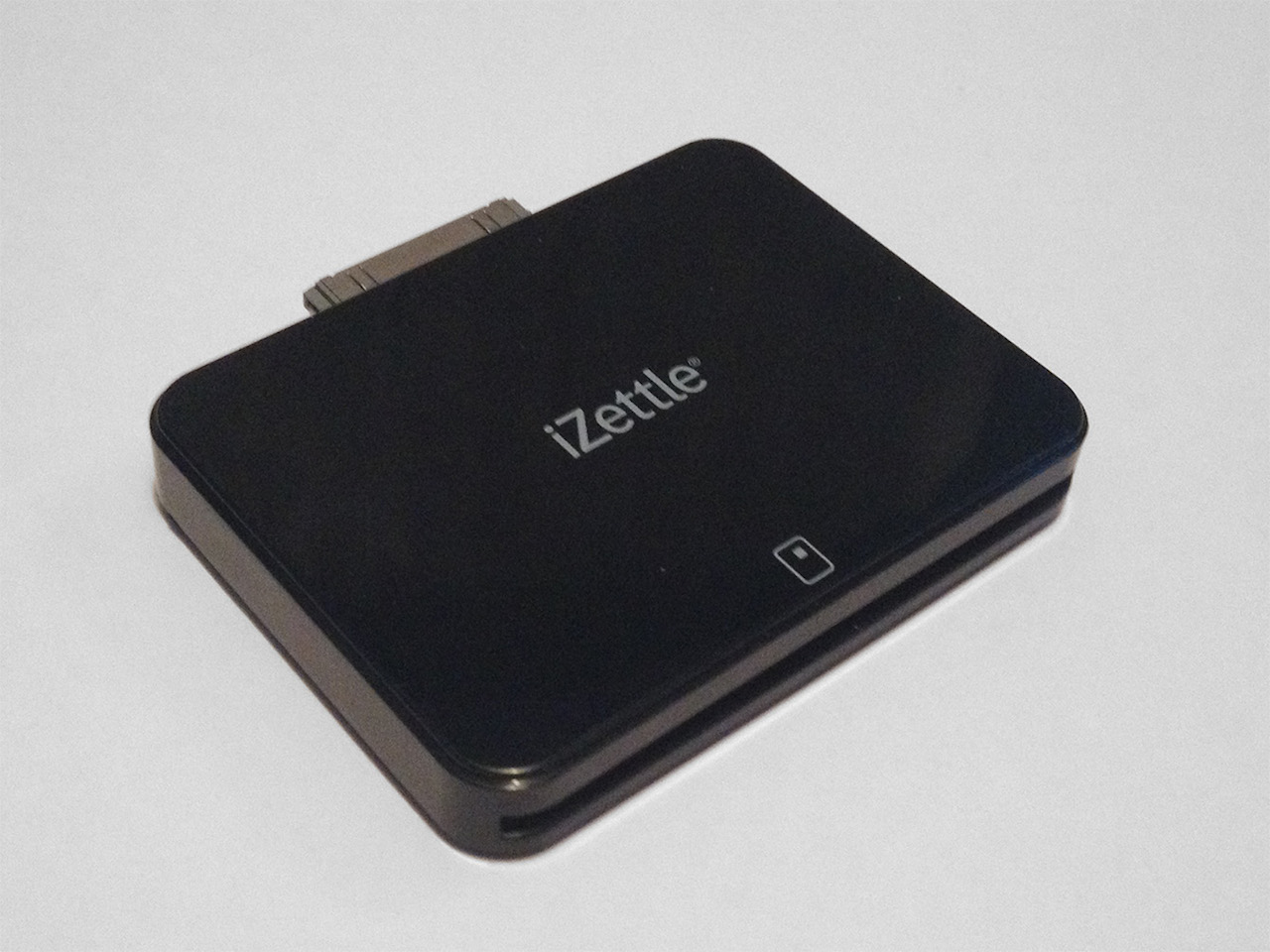 Unfortunately, due to the iZettle's purpose, reading chip-enabled cards, the thing is pretty big. When connected to an iPhone, the phone's size increases by about a half, and once a card is inserted, that pokes out enough to make it around two phone lengths long. If I was running a shop or a stand using the iZettle as my only payment method I think I'd get a bit sick of carrying this huge thing around. 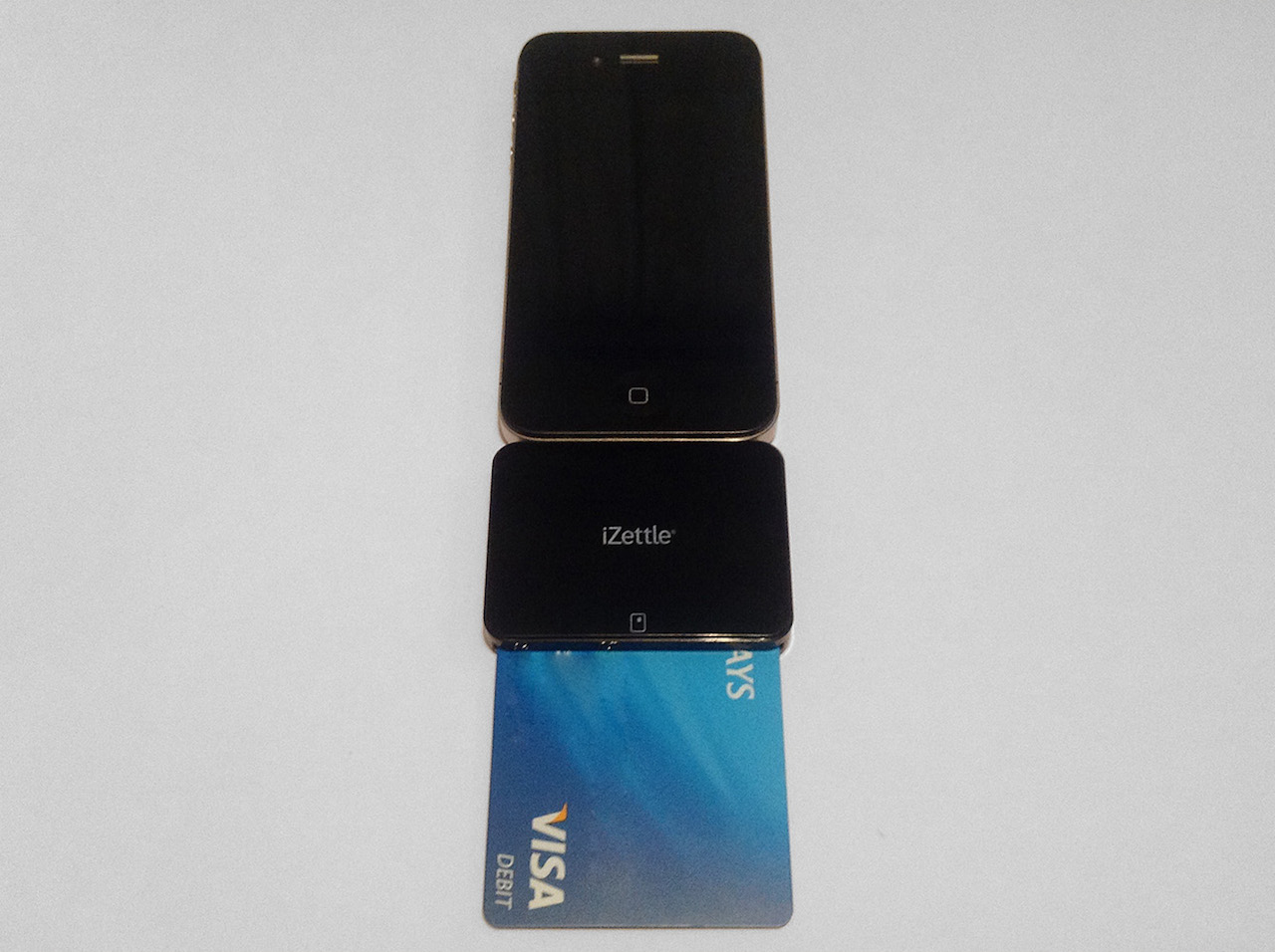 This is the main problem with iZettle. The support for cards (at least in this country) is downright terrible. The only cards supported are MasterCard, American Express and Diners Club. That's it. No Visa, the most common card type in the UK. In fact, because of this I couldn't actually test taking any payments with the iZettle, because I don't know anyone with a MasterCard or Amex.

Truth be told, the iZettle app isn't actually that bad. It's clear and lets you take a payment straight away after opening the app. You can take a payment without using the card reader, but again, Visa isn't supported so I couldn't test that out.

You can also use the app to keep track of cash payments as well, although nothing actually happens in the app except a transaction is logged. The tender screen on the iPad is very helpful though, showing three amounts that are most likely to be paid that can be tapped easily, or allowing an amount to be typed. 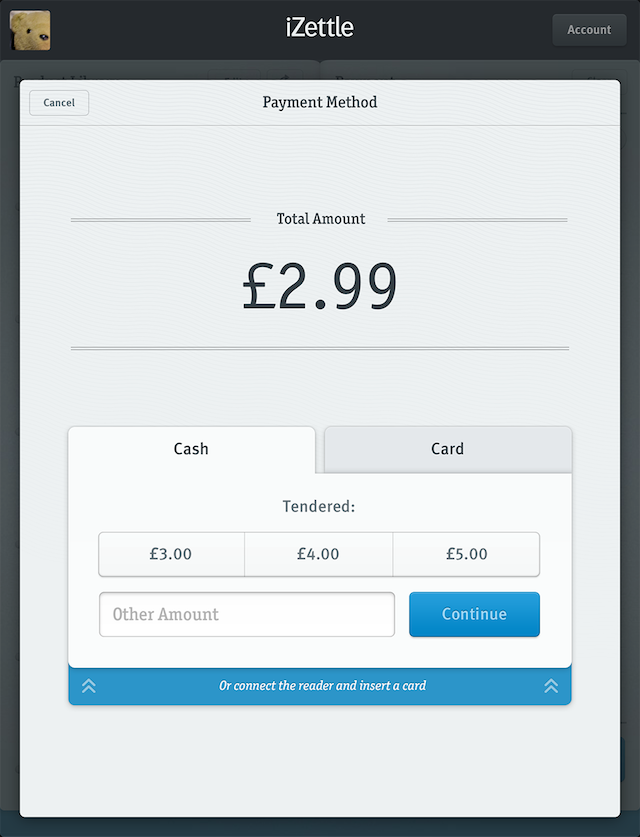 The iPad version of the app allows you to add products to a catalogue, then use those products to build an itemised receipt that can be emailed to the person.

With regards to security, when taking a payment the cardholder has to sign on the device, which renders the chip reader a bit useless seeing as reading the magnetic strip is enough if you're authorising using a signature. If the authorisation is done using a signature, the iZettle didn't need to be the size it is, since it could have just been a small accessory the card can be swiped through.

The good thing about the iZettle is you can pick one up for free at the moment by requesting an invite to the beta program. I couldn't find any information about whether it will cost anything once it is released generally. The app is also free to download.

When it comes to the transaction fees, iZettle takes 2.75% of all transactions using a MasterCard or Diners Club card, and 2.95% on Amex transactions. If you don't use the card reader and enter card details manually, the fee is £0.10 plus 3.5% of the transaction amount. These fees don't seem too bad compared to the amount PayPal take, for example.

Should I get one?

The answer at the moment would have to be no. Unless you happen to know that every payment you're going to take will be using a MasterCard, you'll end up turning so many people away it won't be worth getting out the iZettle each time just to put it away again. The app is very nice, especially the iPad version, but without good card support it's nearly useless.