I Made A Thing: EmojiBoard

Note: EmojiBoard is no longer under active development, and has not been updated with new Emoji since 2013. It is also no longer being hosted on my site. I'm keeping this post around as a historical archive.

I like to use Emoji symbols when I'm using my iPhone or iPad, but I don't like having to keep the Emoji keyboard turned on. I always end up hitting the 'change keyboard' button by accident. I set up a few text shortcuts to the symbols I use the most, but there's no easy way to access the other symbols. So I made one. 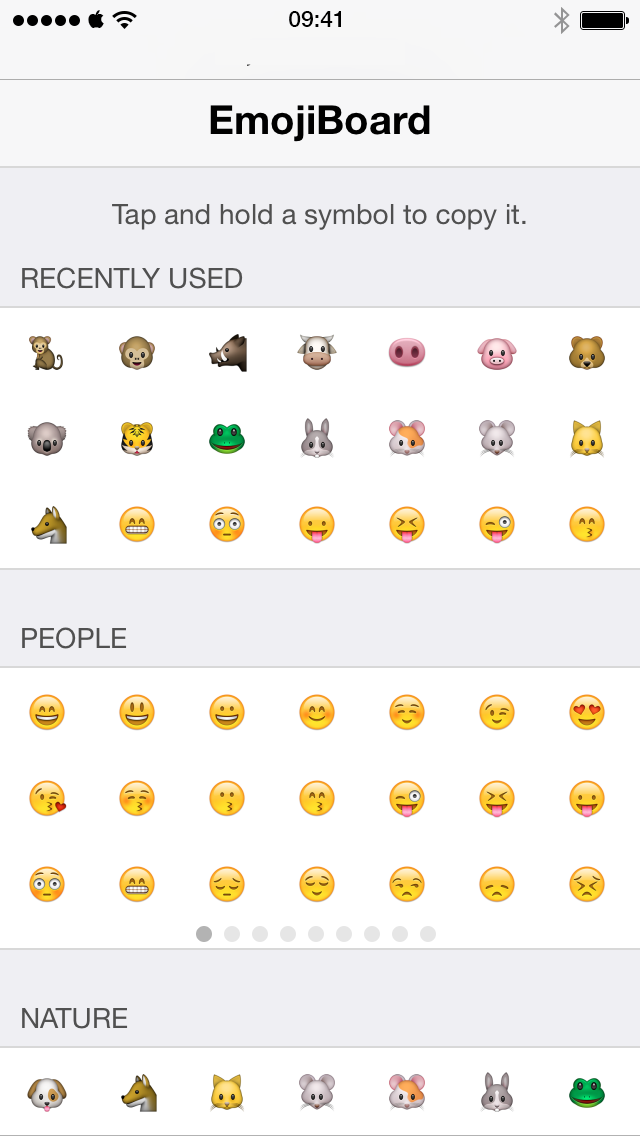 I call it EmojiBoard. It's a web app which lists all the Emoji symbols that work on iOS, allowing them to be copied for use in any app. It's laid out in the exact same way as the Emoji keyboard to make it easy to find certain symbols, and there's a recents section at the top which collects the 21 most recent symbols you've used.

It works best on iPhone and iPad, and will probably work on Android, but doesn't work on desktop, since it relies on touch.