Should I get… Threes!?

The popular new game on the App Store at the moment is Threes!. It looks sort of like a sliding number puzzle, but the concept is completely different. The idea is, starting with a 1 tile and a 2 tile, you match tiles together to form ever-increasing multiples of three.

The catch is, a tile can only pair with a matching tile (except 1 and 2), there are only 16 spaces on the board, and every time you make a move, a new tile is added. The game is over when no more tiles can move.

So, should you buy it?

Threes! is an excellently designed game. It has a fun aesthetic and all the tiles are individual characters. The first time you create a tile with a certain value, the game stops to give you a little biography about that tile. They all have different personalities, which makes the game a lot more engaging than if it had just been numbers on a grid. 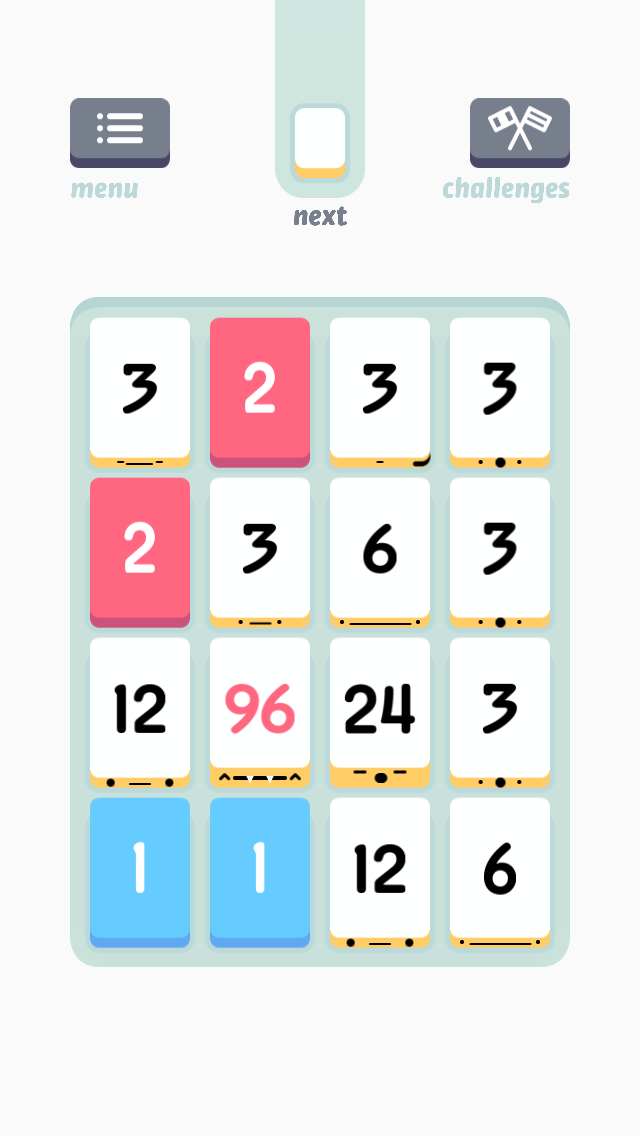 The soundtrack is perfect. Its style fits in well with the game's design and character, and is catchy enough to stick in my head all day and make me want to play even more. It loops round so it might seem like you're hearing it over and over, but that's probably just because you've accidentally been playing non-stop for an hour.

There are so many little details that have been added that make it even better. If two matching tiles are adjacent, the eyes on the edge of the tiles turn to look at each other. When you have a high-value tile on the board, and create another one somewhere else, they gasp and get excited at the prospect of being matched together.

There honestly isn't a lot to put here. The only thing I don't like is the fact that every time you finish a game, the keyboard pops up for you to 'sign' your game. This doesn't make a lot of sense, since Threes! has Game Center integration, so if someone else is playing on your device, your Game Center name will be on the global leaderboard anyway. It's not too difficult to just hit Return each time it shows up, but I'd rather not have to go through that every time.

Should I get it?

Absolutely! I've been playing it for hours in the last three days since it came out, and I'm still enjoying it as much as I did from the start. It doesn't require much effort to play (you can play with a single thumb), but it still puts up a good challenge. It's definitely the kind of game you can just pick up and play anytime, anywhere. It's putting it down once you do that's the hard part.

Threes! is currently £1.49 on the App Store, but that's an introductory price, so it'll be increasing soon.